I was given the task of designing an advertisement for a product that included my own photography. This was during the pandemic, and I only had a few resources. I wanted to make an advertisement for something that is important to me as a designer. I chose to make use of my Sandisk flash drive. My goal was to come up with a conceptual idea that didn’t require any text to comprehend. When it came to dealing with files, the idea was that Sandisk was faster than the competition. 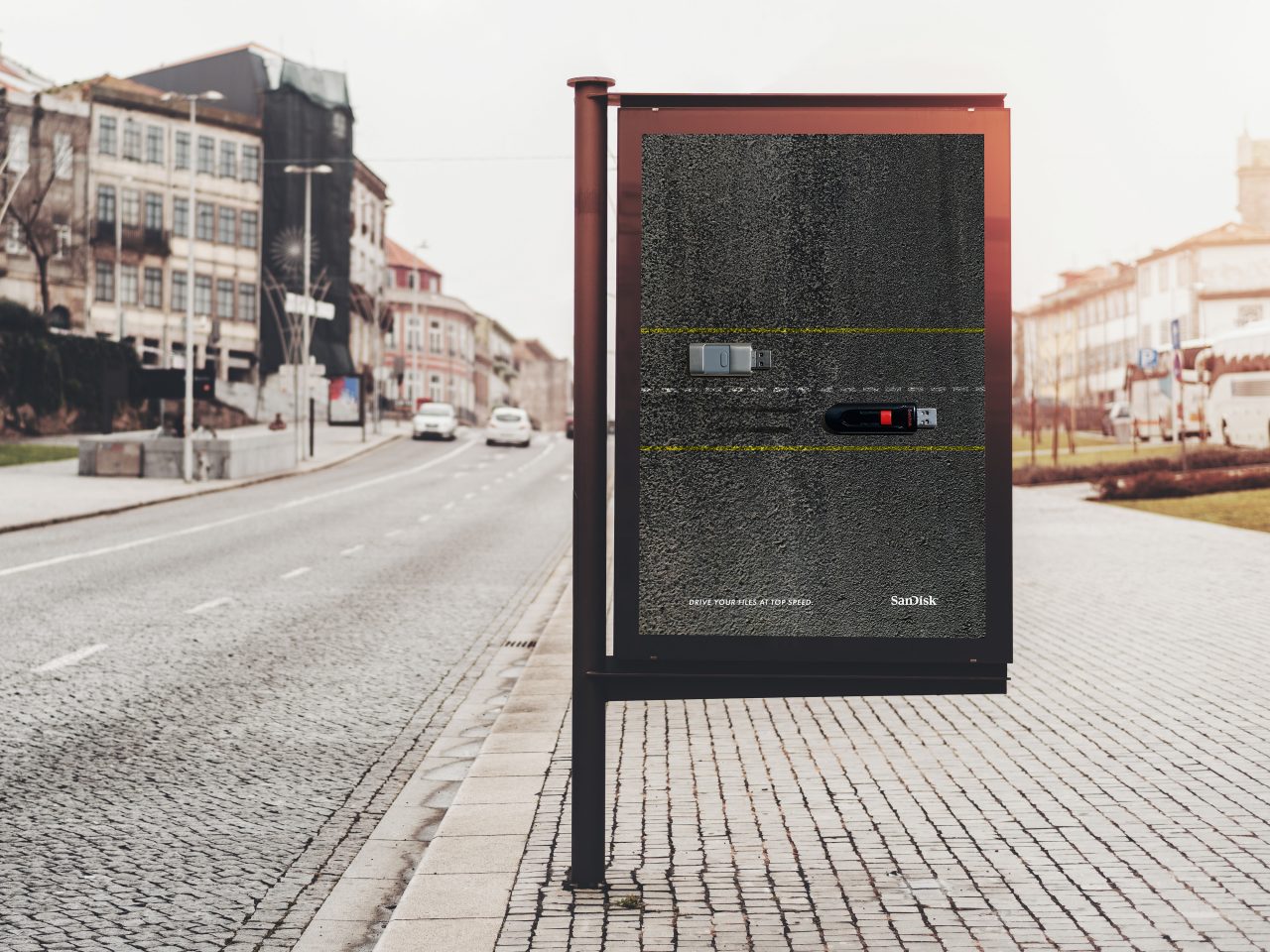